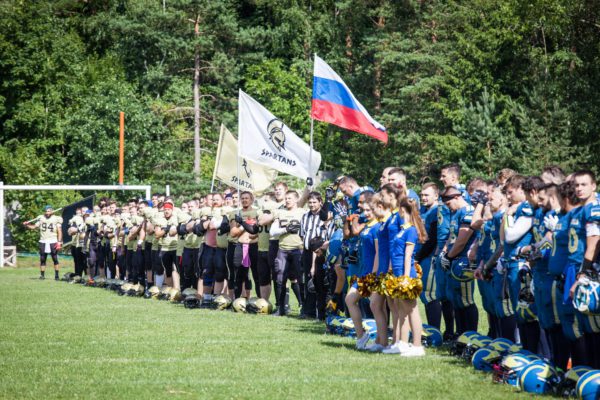 After the second season of Monte Clark Cup and the first year of Continental Football League, it became clear that there is a lot of room for the joint tournament for East-European teams. According to First&Goal, Moscow Spartans, St.Petersburg Griffins, St.Petersburg North Legion, Kiev Patriots, Kiev Capitals, Minsk Litwins and Minsk Zubrs have announced such kind of competition.

All formalities (official name, calendar, participants, management bodies) should be proclaimed by the middle of November but all the key points are already determined:

1. The tournament will be closed for new teams outside of the list its founders and will be considered as primary for participating teams. The only team that hasn’t confirmed its participation yet is Minsk Zubrs.

2. The tournament will start in April and will end in July. Each team will play six regular season games and up to two games (semi-final and final) in playoffs.

Teams from Russia, Ukraine and Belarus have a long story of relationship within multiple tournaments: Eastern-European Football League, League of American Football, Monte-Clark Cup and Continental Football League — but this is the first attempt to unite almost all the top teams under one permanent competition.