How startup Your Call Football can help young coaches 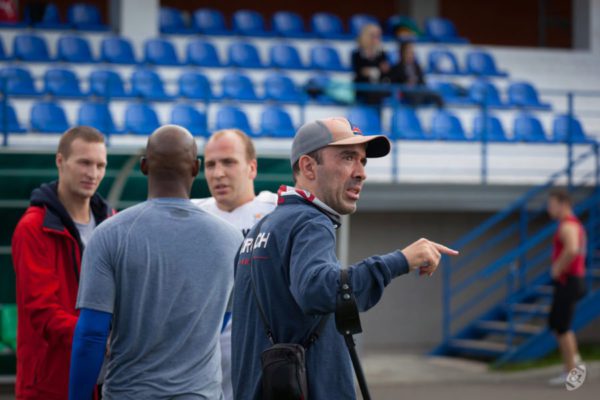 I am a CFL fan. Mid-December, Montreal Alouettes announced their new Head Coach, Mike Sherman. He is the former Green Bay Packers Head Coach, and he also has been coaching in Texas A&M. In a Canadian article, I discovered that he was involved in a startup named Your Call Football.

I wanted to know more and I discovered the app and the concept. Let fans call the play of real games among three choices offered by the professional coaches!

I am French and I coached in four countries: France, Russia, Belgium and Romania. I know one of the key differences with Football in North America is the Knowledge of the game. Speed and knowledge of the game are the difference between amateurs and pros. I believe this app is really a promising tool to help amateur coaches abroad to improve their play calling and understanding.

Personally, I think that the knowledge of the game is probably a key problem in Russia. You have the toughness and physical ability for the game, you have also the Team spirit and the defensive mindset. But you don’t have 50 coaches who understand the game, like,  for example, coach Vasily Dobryakov.

I have no doubt that with more skilled coaches Russia can become a dominant nation in the World for American Football.

So, I wrote Your Call Football to get more details and the President authorized me to create a group: https://vk.com/ycf.russia. I did it on VK.com and it seems that users could compete on their play calling.

Your Call Football puts fans in control of live games, transforming spectator sports into interactive, social and competitive experiences. The app-based game allows fans to vote on a selection of plays chosen by YCF coaches and those plays are executed, live on the field, by YCF players. Fans will accumulate points based on their play-calling skills and compete with other fans to prove who is the most skilled play-caller.

The app is not yet available, but it should appear on Google and Apple stores soon.

The teams are currently «under construction». The teams should be made with guys cut among semi-pro and professional leagues. It will be 2 teams who will compete each other three times during two weeks this spring.

Personally, I don’t believe in YCF as a entertainment, I believe in this startup because I think it’s a wonderful educational tool for aspiring top-level coaches.

So I hope to help the Russian users to beat the American users in this unofficial and virtual competition!